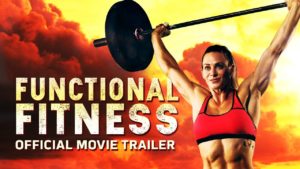 Not normally three words you think of together. However, a Netflix documentary, filmed years earlier, has had an unintended effect on the Central Florida Throwdown, Lakeland’s signature crossfit competition – more competitors.

“We’ve had people from all over the world register for this year’s Throwdown,” said Anitra Goddard, who started the competition six years ago. “And they all say they saw us on Netflix.”

The documentary “Functional Fitness” was released in 2016 but filmed in 2012. In the movie the competition, still in its infancy, was held in downtown Lakeland outside Munn Park. Today, with nearly 600 competitors and an expected crowd of 4,000, the event has moved to a hanger in the SUN ‘n FUN complex.