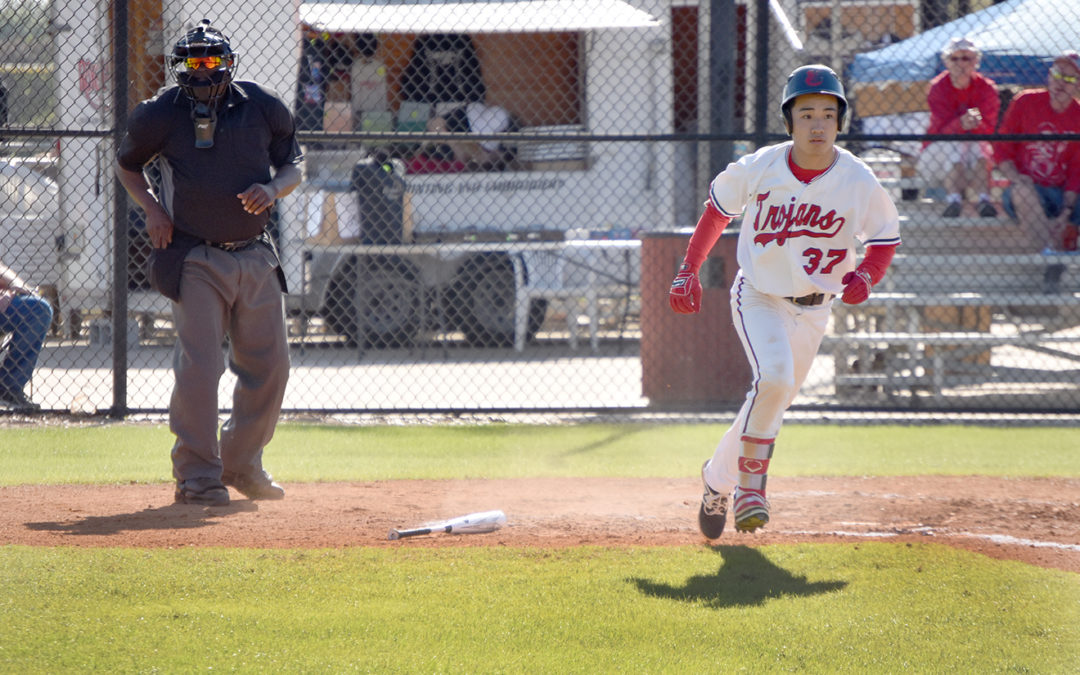 RussMatt umpires, like players, come from around the country 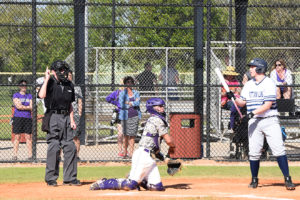 A batter looks at the umpire during a baseball game.

The RussMatt Central Florida Invitational brings more than just college baseball teams – and their fans – from every corner of the country to Central Florida. Considering the event is more than 270 teams playing well over 1,000 games, the event requires that the most complained about men on the field – those men in blue, the umpires – come from all over the nation as well.

“Chicago, Massachusetts, Colorado, Cincinnati and New York State – if there is snow on the ground, we’ve probably got an umpire from there,” said Alex Skandalis, executive vice president and CFO of United Collegiate Umpires (UCU). “They can get more work in down here than they can at home, so they come on down.”

However, things are never as easy as they sound. For the 37-day long RussMatt event, the average stay for an umpire is 10 days.

“And we limit the umpires to two games a day,” said Skandalis. “Which means we’ll go through anywhere from 100 to 130 umpires by the end of the event.”

UCU may have started small, but today they are anything but. Located in the Northeast United States, UCU currently coordinates umpires for four NCAA Division I conferences, six NCAA Division III conferences and two junior college conferences that they service. The company also provides umpire training with their sister company, Mid-Atlantic Collegiate Umpires (MAC), which is how they came to find RussMatt.

“We run two weeks of umpire training every year with MAC in Central Florida,” said Skandalis. “We met Rob Sitz, now RussMatt baseball’s president, there and stayed in touch.”

The challenge with RussMatt is for the staff of United Collegiate Umpires to balance their need for umpires with their desire to remain loyal to their own staff – all while putting the best umpires on the field for the tournament.

“Lots of people think these games here are just fun or spring training, but they count,” said Skandalis. “For many of the teams here, what happens in Auburndale or Winter Haven will affect their record and a shot at at-large postseason play. So we, as an organization, have to bring the same level of accountability and training to the field that we would in the Northeast. No one out on the field is on vacation.”

But a resume wasn’t the only thing umpires applying to work RussMatt needed.

“Every umpire out here has been vetted with a phone call to their bosses,” Skandalis said. “These other coordinators, they are my peers. And with few exceptions, they gave us enough information to feel comfortable with the umpires we brought in.”

Additionally, using video captured by livestreaming company LiveBarn as well as other cameras, UCU reviews many of the calls made on the field.

“We’re honest with people. We gain a lot of quality information on our own umpires – and others we aren’t familiar with – from video gained on the field,” said Skandalis. “We also use video for teaching umpires, on both mechanics and positioning. We are known throughout the country as being on the cutting edge of umpire training. We put an emphasis on continuing education for umpires – not just in our own organization – and we use both clinics and video to improve umpiring.”

And they have found a few long-term umpires through RussMatt as well.

“No doubt, we’re scouting umpires here as well,” said Skandalis. “They may live close enough to one of our areas that we can utilize them.”