Run 863 returns to the backstreets of Polk County 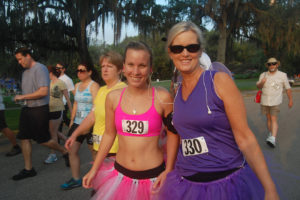 Runners at the Carillon Classic

Polk County’s race series is back to challenge runners again this year.

The series starts with the 90th anniversary Carillon Classic 5K Run and Walk on Feb. 23 at Bok Tower Gardens in Lake Wales. Considered one of the most challenging courses in Florida – thanks to its elevation changes and the variety of terrains on the course, from trails to gravel to pavement – runners also get to enjoy some of the most scenic vistas in Florida as well as gardens, groves, and, of course, inspiring music from the tower. Due to the unpredictable terrain, strollers are not allowed.

Llamas and camels and zebras will be among the sights at the Safari Wilderness Run, the next challenge in the series. Held at Safari Wilderness on March 23, the course takes runners alongside many of the animals grazing at the ranch. Due to the unpredictable terrain, strollers are not allowed. 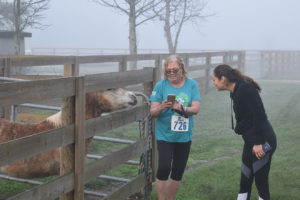 Runners in the fog at the Safari Run

The last race in the series is the annual Tiger Trot 5K on April 20 at Publix Field at Joker Marchant Stadium in Lakeland. The certified course starts at the stadium parking lot, weaves its way through Lake Parker Park and ends inside the stadium near first base.

The Carillon Classic 5K, along with the Tiger Trot 5K, are both long standing annual events beloved by runners from Orlando to Tampa and beyond.