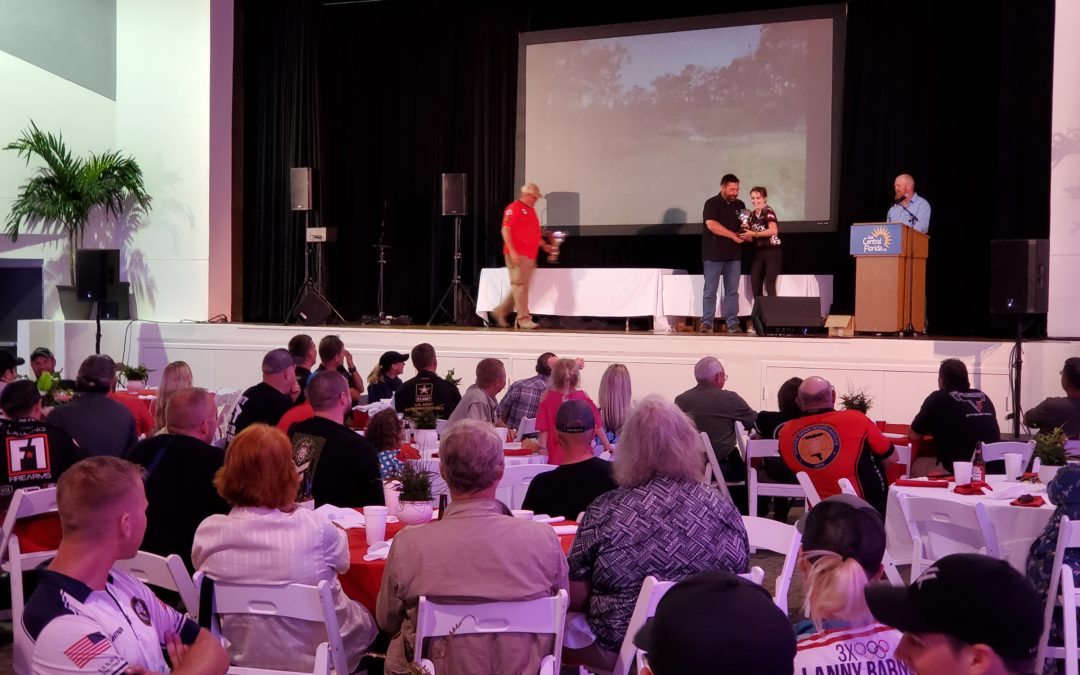 Contestants from the 2019 State Science and Engineering Fair mill during a mixer held at Publix Field at Joker Marchant Stadium.

Planners and shooters and pageants, oh my.

For a diverse menu of events, look at the recent slate held in Polk County.

In the span of a week, the efforts of Polk County Tourism and Sports Marketing staff paid big dividends for the county:

Another Run 863 is in the books

With nearly 1,000 participants, another year of the Run 863 series has been completed. The PCTSM creation featured four races – The Carillon Classic 5K Run and Walk at Bok Tower Gardens in Lake Wales; the Law Enforcement Torch Run for Special Olympics in downtown Winter Haven; the Safari Wilderness Run in Lakeland and the annual Tiger Trot 5K held in conjunction with the Lakeland Flying Tigers – saw more than 800 competitors and 40 runners who earned the coveted medal.

With more than 270 teams, this year’s RussMatt Florida Invitational Collegiate Baseball Tournament was bigger than ever. With nearly 30 more teams participating this year than last. PCTSM analysts feel confident that the event – which brings nearly 5,000 people to Polk County for five weeks, will exceed its previous high of a more than $25 million in economic impact.

Classic Volkswagen Bugs, Vans and even a Thing or two made their way back to Polk County for the annual Lakeland VW Classic. With more than 1,600 participants and 5,000 spectators over the three day event, it is projected that the show’s economic impact exceeded $3.6 million.