A year after being cancelled, IPW 2021 made a triumphant comeback – albeit a little smaller.

The U.S. Travel Association produces IPW, the leading international inbound travel trade show in the United States. While no one in the industry calls it this any longer, the International Pow Wow, as it was once known, claims to generate $5.5 billion in future travel to the United States. 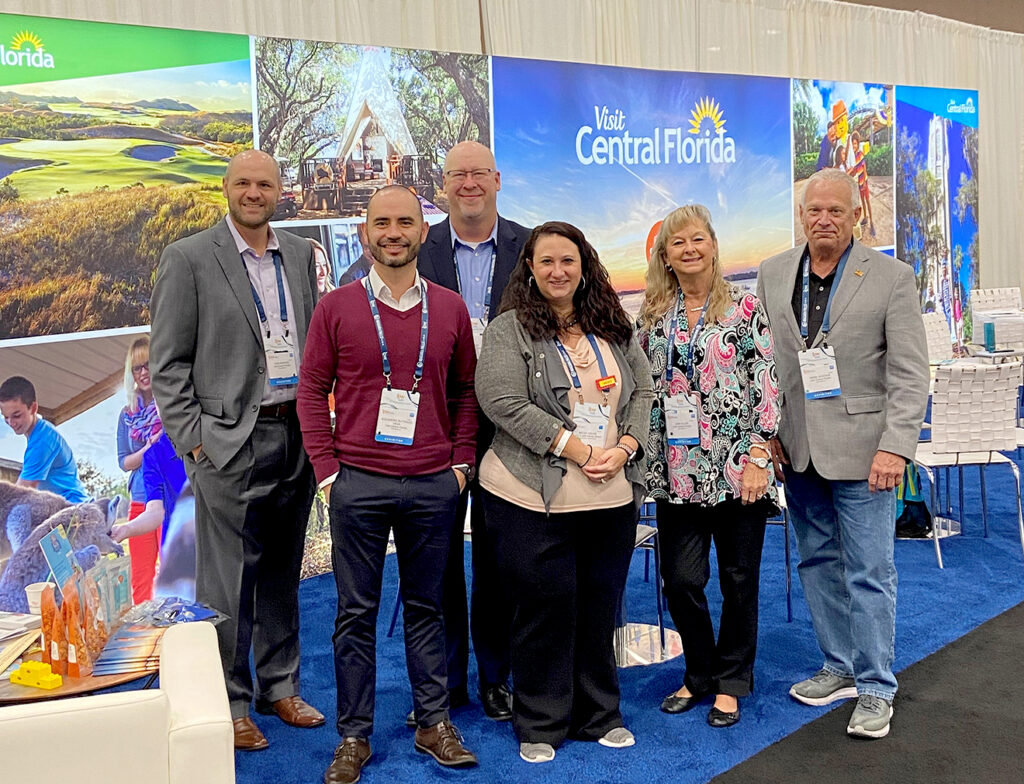 While fewer attended than in previous years, PCTSM conducted one-on-one appointments with travel buyers and travel media during the three-day marketplace. Several appointments were with European buyers who, while not familiar with the Central Florida area, were intrigued due to Florida’s overall popularity with European travelers.

IPW just happened to coincide with the United States government’s announcement that U.S. borders would soon re-open to vaccinated European travelers. The buzz from the announcement was so profound that nearly every appointment included a border-opening conversation.