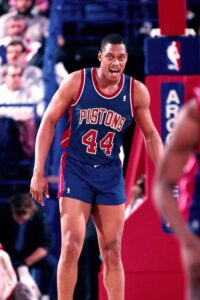 Small colleges are, by definition, schools that are not NCAA Division I schools.

Mahorn, who played for 19 years in the NBA, attended Hampton University, an NAIA college. He would win an NBA Championship with the Detroit Pistons in 1989, go on to coach in the WNBA and currently serves as an analyst on the Detroit Pistons radio network. Others being inducted into the Hall of Fame include:

The Hall of Fame Induction Ceremony is Friday, Nov. 4 at 7:30 p.m. in the Polk Theatre in Lakeland. The event is free and open to the public.

The Small College Basketball Hall of Fame Classic will be played at the Jenkins Fieldhouse on the historic campus of Florida Southern College. Tickets may be purchased at the gate. Teams participating are: