More than 270 teams for RussMatt 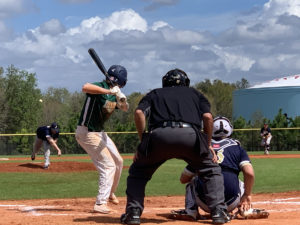 A pitcher throws to a batter during RussMatt

Hail, hail, the games are all here.

Baseball games, that is.

With the return of the RussMatt Central Florida Invitational, Polk County can rightly lay claim to being the baseball capital of the world – at least for a month. With more than 270 teams playing more than 1,300 games of baseball, nowhere else in the nation will have this much hardball action going on at one time. The invitational, which has called Polk County home since 2009, is the largest collegiate spring training event in the country, with an expected 275 teams. That’s quite an increase for the 185 its inaugural year.

Comprised of NCAA Division I, II and III schools, as well as schools from NAIA programs, junior colleges and even a smattering of Canadian baseball academies, RussMatt brings with it nearly 30,000 room nights during its 39 day event.

While the Lake Myrtle Sports Park in Auburndale and the Chain of Lakes Park in Winter Haven host the majority of the games, other facilities – such as Warner University in Lake Wales, Henley Field in Lakeland and Polk State College in Winter Haven – will have games as well.

The tournament ends March 30, barring rescheduling due to inclement weather.