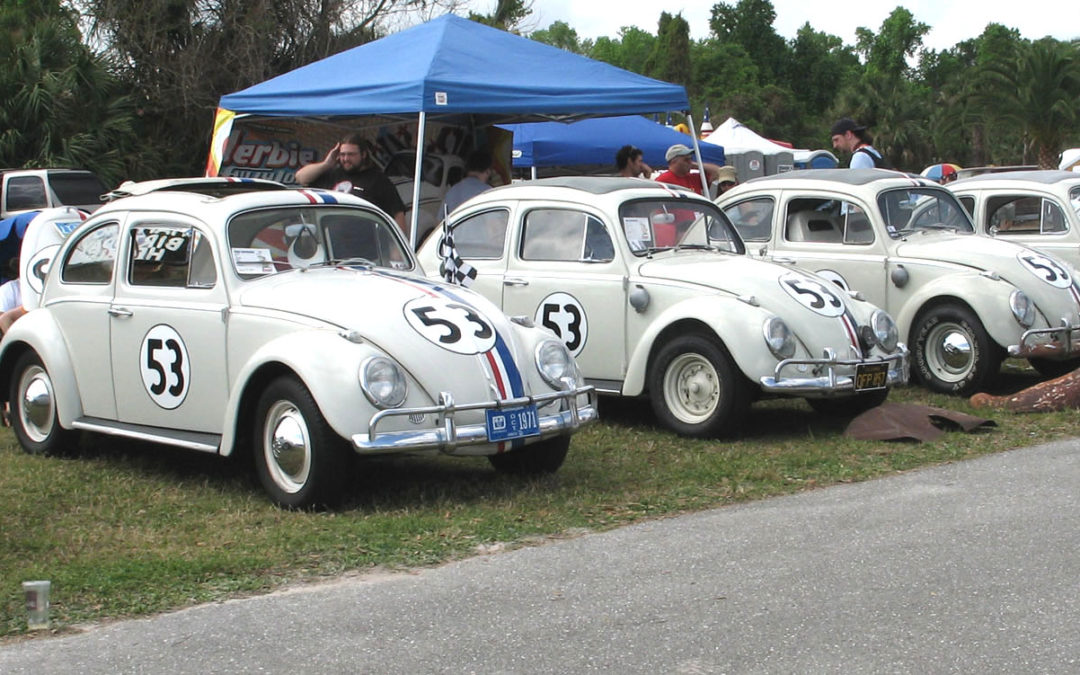 Celebrate 50 years of ‘The Love Bug’

Men were walking on the moon, “Scooby Doo” and “The Brady Bunch” both premiered on television and a certain sentient sedan ruled the box office.

Believe it or not, it has been 50 years since the release of the movie “The Love Bug.” Since then, Herbie the pugnacious 1963 Volkswagen Beetle that has a mind of its own has become a staple of children’s imagination. In fact, those older Volkswagens and all their quirkiness remain an integral part of the American lexicon, often decades after the models rolled out of the factory.

From Sciroccos to Things and Karmann Ghias – and, of course, a collection of Love Bugs – all will call the RP Funding Center’s south side parking lot home this weekend, March 15 to 17, as one of the largest Volkswagen shows in the state — the 13th annual Lakeland VW Classic — motors into town. Additionally, there is a free drawing for a replica Herbie Beetle.

On Sunday, Joaquin Garay III from Herbie Goes Bananas will be on the grounds to sign autographs and take pictures.

Besides cars, the event features live music, VW toys and collectibles and more, a kid zone with bounces houses, food and more along with the standard VW car parts and dealer displays.

The Bus – officially the VW Type 2 – gets its own day on Saturday. For while the microbus might be thought of as the iconic vehicle of the 1960s and California’s surf culture, its popularity stretches through today, as shown in movies ranging from 1967’s “What’s Up Doc?” or 1989’s “Field of Dreams” to 2006’s smash movie, “Little Miss Sunshine.” On Saturday, the best example of this iconic vehicle will go home with cash and bragging rights.

On Sunday, the All Car Show will pit all VWs against each other. Forty classes of Volkswagen are expected to be represented.

The show is open to the public, with parking costing $8 while admission is $5 per person. Kids under 12 are free. Gates open at 9 a.m. both days.

The RP Funding Center is located at 701 W. Lime Street in Lakeland.