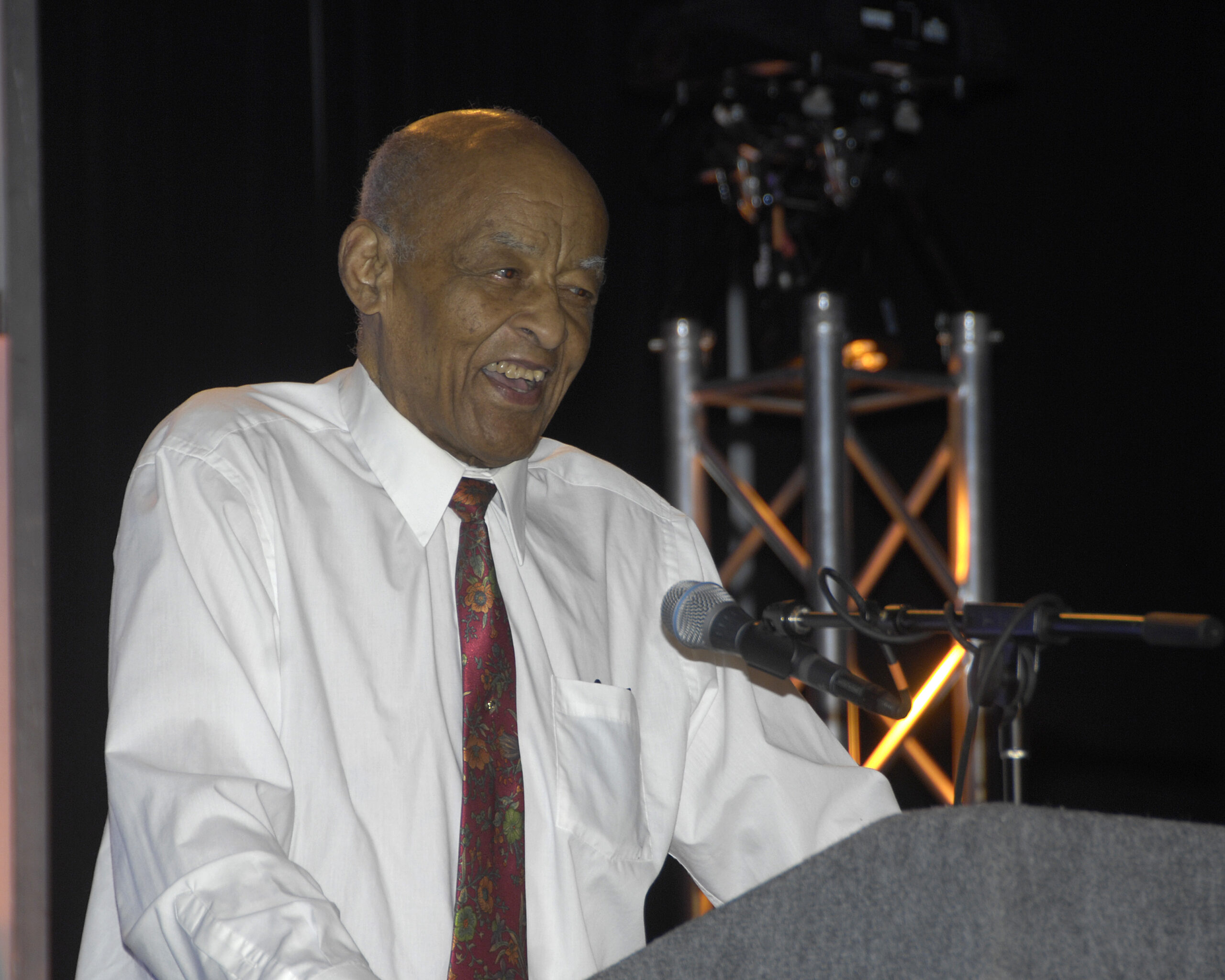 As a high school senior and a successful three-sport athlete, a young Sam Silas found himself at the crossroads – he could go to Florida A&M, where many other successful Union Academy athletes had gone, or test the waters of Southern Illinois University.

That path not only took him to NFL prominence, but also to the ivy-covered walls of academia.

Born in Homeland, his grandmother moved the family to Bartow when he was four years old.

“My grandmother served dual roles,” said Silas, “Since I lost my mother early.”

He grew up in West Bartow, while his grandmother worked as a domestic worker.

“We moved to a house she built in East Bartow in 1954, after she had sold some land in Homestead,” said Silas. “I remained there, went to Union Academy and participated in sports.”

He played football and basketball and competed in both shotput and discus during track and field season.

“If you looked it up, I am officially the world’s worst basketball player,” said Silas. “But coach gave me – literally, gave me – a position to keep me in shape.”

Summers were spent working as a lifeguard at the local pool.

“And no one ever drowned.”

A star in both football as well as discus and shot, where he won states four years in a row, he had offers from many schools, but only two drew his interest – Florida A&M, which was a pipeline for Union Academy talent at the time, and Southern Illinois.

“Everyone who left Union Academy went to A&M,” said Silas. “In the summertime, to get ready, the A&M guys would organize a sand lot game and I’d play against them. We’d have some interesting games, so I knew how I’d fair.”

“I wanted to compete against people from around the country,” said Silas. “In fact, A&M might have had a better program. But I wanted that change, and my desire was realized.”

The defensive lineman found himself a starter his second year in the program when the Salukis won consecutive Interstate Intercollegiate Athletic Conference championships and played next to fellow future NFL player Houston Antwine.

“I didn’t give professional football much thought,” he said. “I didn’t think I could play pro football until I started getting questionnaires from teams my senior year. I was concerned with graduating.”

He found himself with the St. Louis Cardinals, where defensive coach Chuck Drulis had plans for him.

“But Chuck had a heart attack – it was nip and tuck for him for a while – so when I came into camp, they didn’t know what to do with me.”

The defensive lineman found himself training for the other side of the game while toiling under legendary head coach Wally Lemm, who’d shout out “give me a team” between scrimmages. Silas – a student of the game – studied the blocking assignments of the entire offensive line while training as a tackle. So it was a surprise when, between practices, they switched him to offensive guard.

“They switched me and hadn’t told me,” he said. “I knew why – they were banking that I’d be confused or angry. Instead, feeling angry, I gave it my all.”

Back on the field, when Lemm shouted “give me a team,” Silas outsprinted the starter to the huddle.

“I stayed in and ran the next two or three plays,” said Silas. “That was my way of saying I’d read the chalkboard, that I was angry, but I’d play anything.”

He filled in at guard during the last exhibition game of the season and made the team. But a game against the Pittsburgh Steelers – known around the league for being physically punishing – gave Silas his first taste of professional football.

“The starter got hurt and I was put in,” he said. “We won, and I thought I’d done decently, but the coach blasted me hard.”

Silas wondered if his NFL career hadn’t ended after a game.

“We were on the plane, and the coach was going on and on about how I had gotten lucky, to wipe the smile off my face and how players like me were a dime a dozen,” said Silas. “Well, Chuck was back from his heart attack. He seized upon the opportunity and said to the coach, ‘Ray, if you are disappointed with him, give him to me.’”

A few games later, this time in New York, injuries once again forced Silas onto the field, now at his usual position, defensive tackle.

“No one knew what I could do, no one had scouted me, so they had no idea how to block me,” he said. “And I went out and did something I never got close to the rest of my career.”

In four plays, with New York threatening to score, Silas earned 3.5 sacks on NFL Hall of Fame quarterback YA Tittle.

“It was the first time I was out there, and they did not know how to block me,” said Silas. “New York was threatening to score, and we drove them back. On the fourth play they looked like they were setting up for a field goal, but we knew they were out of range and cranked it up. Joe Robb was the left defensive end and he got to Tittle just a fraction before I did.”

“While I played, I went back to school,” said Silas. “I took a class per semester while playing, then took a regular load in the offseason. It took me quite a long time to get it completed, but that’s the way I did it.”

When he finished playing football, he took his doctorate and headed for academia.

“A buddy of mine had been named the president of William Patterson College and was trying to put a staff together,” he said. “I went there as an assistant to the Academic Vice President but I also taught. Ten years later, I decided to spend more time in the classroom. I taught full time for 24 years.”

Silas – with a background in physical education – taught a wide variety of classes, from exercise physiology to fitness for life and even various sporting activities. When retirement loomed, he knew where he was headed.

He stays in touch with his children and six grandchildren.

“They are getting up there in age,” he said. “So we chitchat on the phone and since they are mostly between Florida and Georgia, they aren’t that far away.”