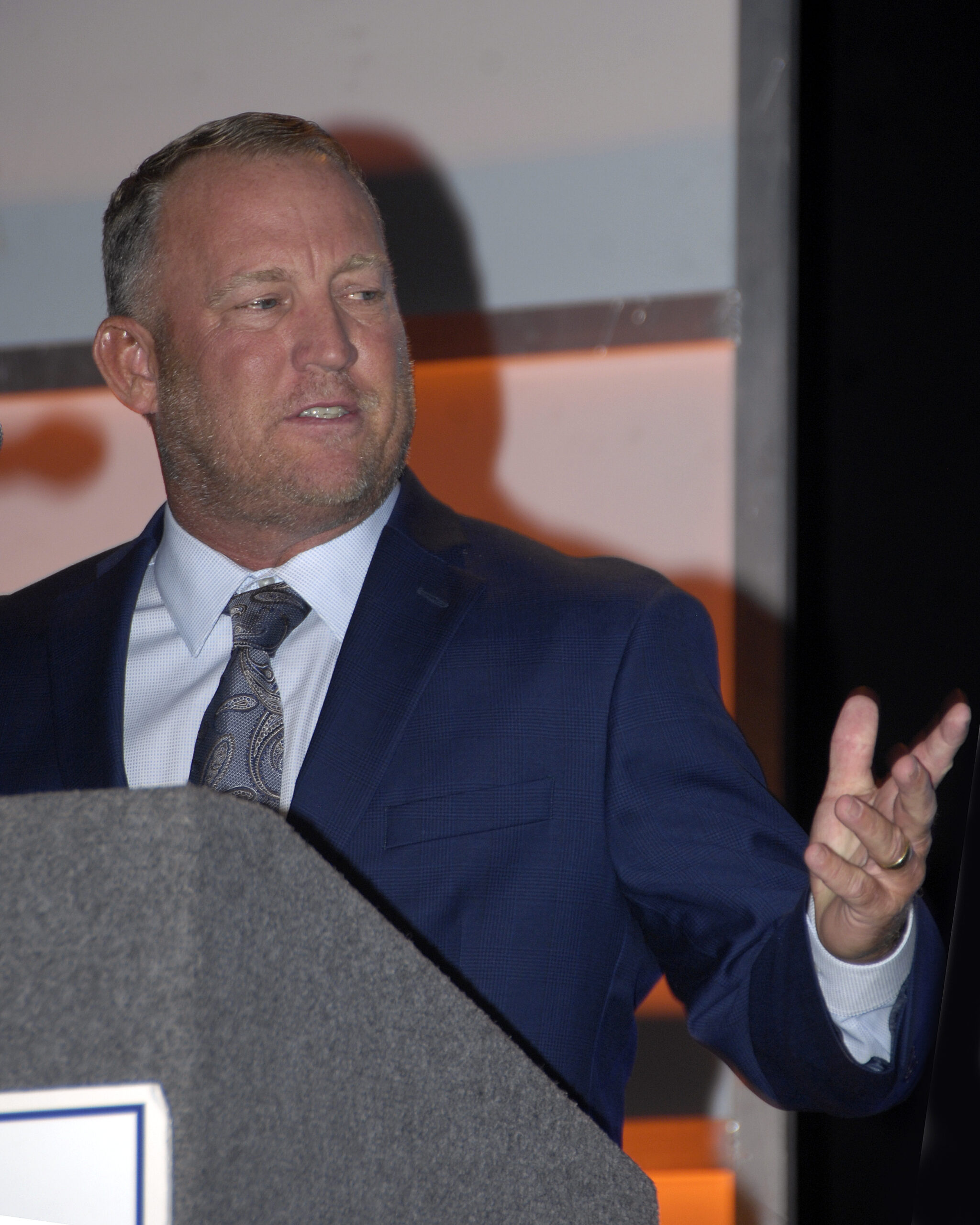 By the time he was a sophomore in high school, Johnny Wiggs had laid out three goals for himself.

So far, only Yankee Stadium has alluded him.

“I’ve been real fortunate to get some great opportunities,” he said, “for a little left hander from Mulberry.”

His athletic prowess helped him reach his goals, but Wiggs gives the coaches in his life credit for the path he is on today at the helm of the junior college program he built into one of the best in the nation.

Born in Lakeland and growing up outside of Mulberry, sports were a cornerstone to the Wiggs family.

“Dad was the oldest of nine boys” said Johnny Wiggs. “When I got to school I had to tell them I was the first Wiggs grandson, there were so many of us. But my dad helped me become the player and the coach I am today. He always pushed me to be my best and compete.”

While he excelled in sports, according to Wiggs, it wasn’t only from athleticism.

“By the time I got to high school I knew I was smaller than most of the other guys on the field,” he said. “I love being the underdog – it fuels me.”

He also took away other lessons from the field.

“I was playing for Stu Guthrie (football) Collins Smith (basketball) and Jim Boatenhammer (baseball) at Mulberry High School” he said. “They made me want to be a coach. They loved what they were doing.”

While lettering in three sports his senior year at Mulberry – he quarterbacked the Mulberry team that won nine straight games, winning district and regionals before losing at Wildwood in the sectional – one sport stood out to him.

“Baseball was it,” he said. “I always loved playing the game, and always thought I would play professionally. I was always a big dreamer and loved trying to do things people said I couldn’t do.”

But success in sports didn’t lead to offers from four year schools. Knowing that he wasn’t ready for the big school experience, he first attended Valencia College in Orlando.

“It was perfect for me,” he said. “I could be home on the weekends for mom and grandma’s cooking if I wanted to.”

After his Valencia coach left, Wiggs transferred to Santa Fe College after his freshman year, knowing that he would be playing in the shadow of the University of Florida in Gainesville.

“It turned out to be the greatest decision of my life,” he said. “UF saw me pitch at Santa Fe, which led me to playing there. And I met my wife Wendy there, and we’ve been married for 30 years and have raised three beautiful women together.”

And then there is the matter of that second goal.

“It was June of 1988 in Omaha, Nebraska when I got a telegram from my high school guidance counselor,” he said. “It was congratulating me on reaching my second goal. That evening I took the mound for the Gators in the College World Series.”

After going undrafted, Wiggs signed with the Seattle Mariners system as a free agent, playing parts of four seasons until being released in 1992. He then signed with the Tigers and pitched in Lakeland.

“It was fun coming back to Joker Marchant Stadium,” he said. “I had been a batboy there.”

He returned to UF and pursued his master’s degree with the goal of coaching, but baseball kept calling.

“I signed with the Red Sox organization in 1995,” said Wiggs. “I pitched at AAA in Pawtucket, Rhode Island, hoping I’d have that shot at pitching in Yankee Stadium.”

After a season ending injury, Wiggs turned his attention full time to his new passion – coaching.

“I started as an assistant at Santa Fe and at a local high school,” he said. “And I volunteered at UF.”

Those positions led to him becoming the pitching coach at Jacksonville University before accepting the position at what was then Polk Community College.

“I owe a lot to Bing Tyus and Dr. Larry Durrence for giving me my first shot as a head coach,” he said. “They gave me a great opportunity to cut my teeth in the profession.”

And while he wasn’t as successful at Polk as he wanted to be, Wiggs had 70 players sign with four-year schools or go professional in his 7.5 year tenure. He then returned to Santa Fe as the head coach.

“It was always my goal to come back here,” he said. “This was home for us as well.”

Three former Santa Fe Saints players – Mallex Smith of the Seattle Mariners, Keon Broxton of the Baltimore Orioles and Ryan Yarbrough of the Tampa Bay Rays – are currently in the Major Leagues.

“I am so proud of where I come from and being inducted in the Polk County Sports Hall of Fame is just amazing,” said Wiggs. “I’m so humbled to be a part of it.”