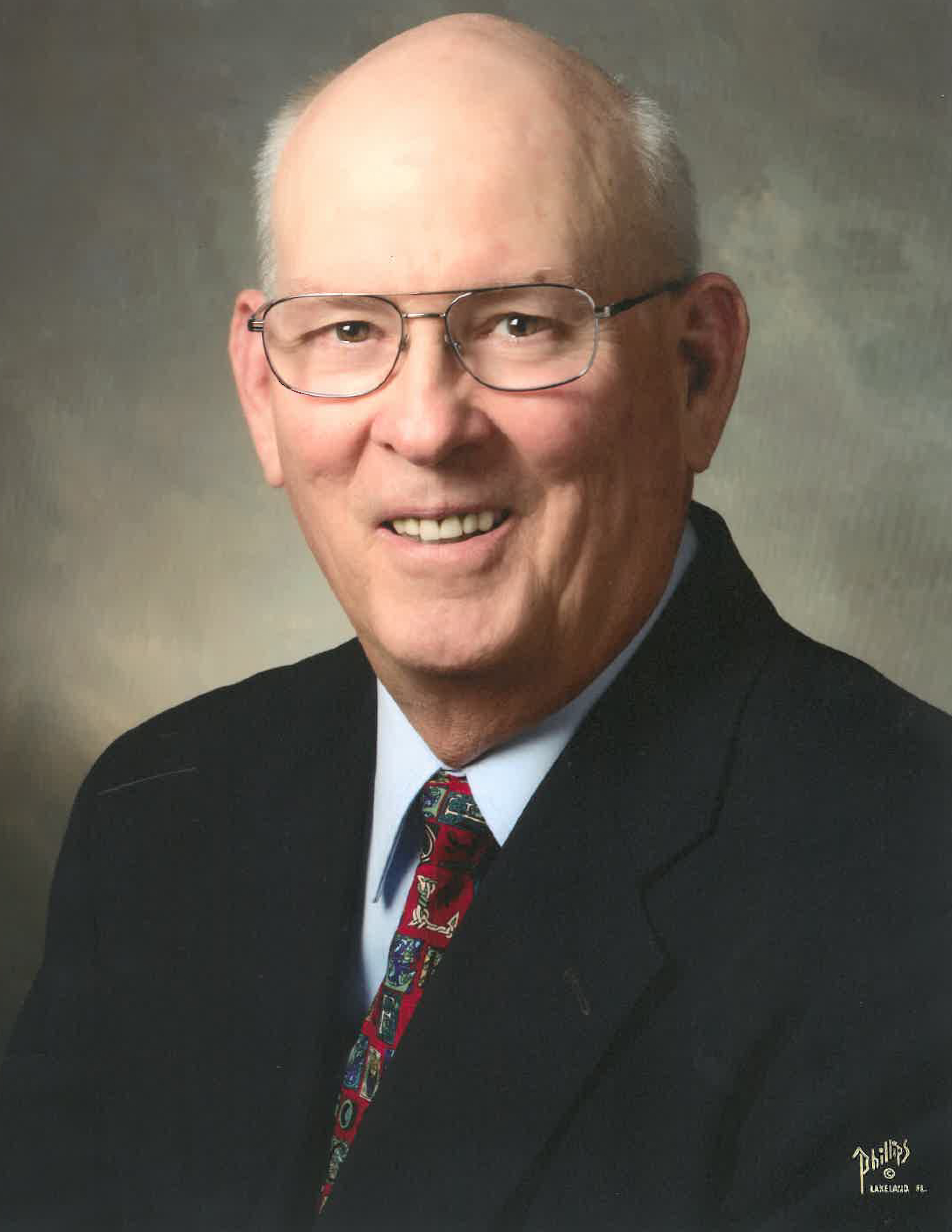 Having played football for both Mulberry High School as well as some college football in Georgia, the boilermaker understood the toll the game takes on a body.

“So no matter what the coaches said, dad said no,” said Mike Estridge, explaining why he never played high school football. “It worked out just fine.” 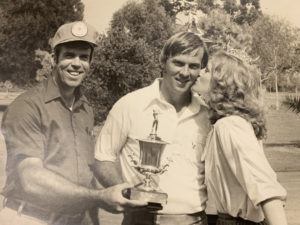 Mike Estridge receives a congratulatory kiss from the reigning Miss Bartow in this 1970s-era picture.

To many, Estridge ranks amongst the best golfers Polk County ever produced, amateur or professional. His golf resume has few equals. He qualified twice for the State High School Golf Championship. While attending Polk Community College, he won two straight Florida junior college state championships as well as his first two Bartow Youth Villa Classics – achievements that caught the attention of famed University of Florida golf coach Buster Bishop, who signed him to a scholarship. However, while serving as team captain, a war on the other side of the world came calling.

“It was the Vietnam era, and I got out of phase with my classes, because I couldn’t carry enough with all the travel involved on the golf team,” said Estridge. “When the number was called (in the draft lottery), it was 36. So I went right down and enlisted in the Navy Reserves.”

Serving as an active duty member of the Navy from 1971 to 1973, Estridge eventually was stationed in Germany.

“I got to see Europe on Uncle Sam’s dime,” said Estridge. “But I did get in a little golf. I was the base champion both in Pensacola and again in Germany.”

He returned to Bartow after his tour but between semesters for the University of Florida. Landing a job with the W.S. Badcock Corporation, he was offered an assistant manager’s job.

“I didn’t know what to do,” he said. “The Badcocks were good to everyone in Mulberry. I went to speak with Mr. (Wogan Stanhope) Badcock Jr. He told me that my mother wanted me to finish school – and that I’d have a job waiting for me when I graduated. Then he added that I should reach out to him if I needed anything. He was an amazing man.”

True to his mother’s wishes, Estridge returned to Florida, graduated in 1974 and resumed his career with Badcock.

“Besides my time in the U.S. Navy, Badcock is the only job I’ve ever had,” said retired vice president Estridge. “I worked there for 40 years. To say the least, they were good to me.”

He also resumed winning on the golf course, running off five more Bartow Youth Villa Classic wins, where he still holds the record with seven total wins. He also went on to win the State FSGA Four-Ball Championship in 1978, the Marion E. Stephens Memorial in Sebring four times between 1970 and 1982 and won the Paul McDonald Memorial Senior Championship in 2017. After retiring in 2013, Estridge finds himself spending more time on the golf course – but in a new role.

“Today, I work with the kids in the City of Bartow’s Summer Golf Program,” he said. “I work in the pro shop one or two days a week. Then, during the summer, from June to right before school starts, I work with the kids. We’ve got some good golfers coming out of that program.”

With his students ranging in age from 4 to 15, Estridge’s summer gig for the past four years has a special place in his heart.

“My dad used to say that at least when I was on the golf course he didn’t have to worry about me,” he said. “I’ve had some great coaches in my life – Spritz Satterfield at Par Three, where I took my first golf lessons, Buster Bishop at Florida – this allows me to give back. I’m grateful for everything everyone did for me along the way.”