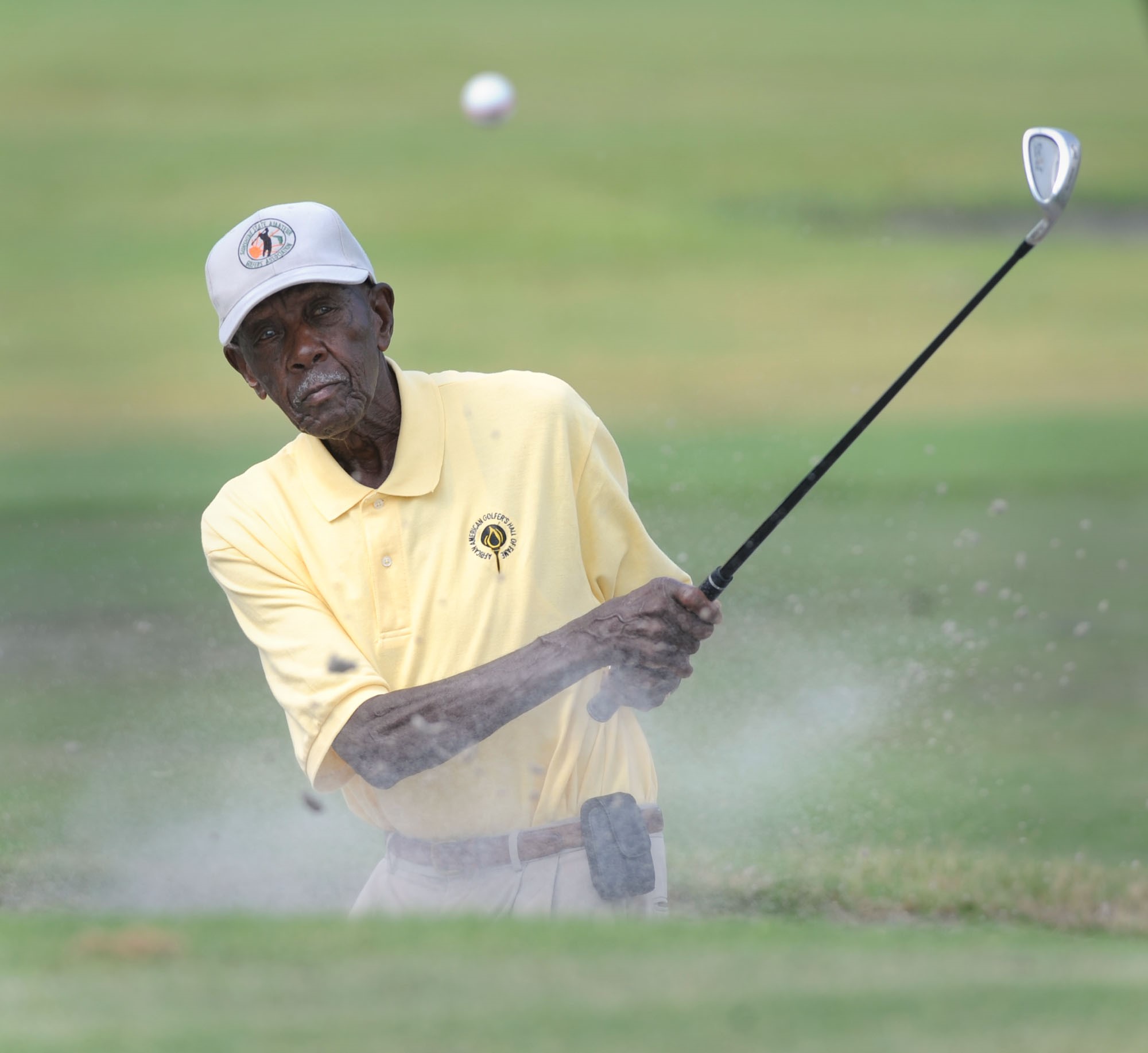 He’s still out there, swinging a club as often as he can on the greens and fairways of the Bartow Golf Course.

Not bad for a man who is 99 years young.

Born during the presidency of Woodrow Wilson, a young Herbert Dixon and his family moved from Dade City to Tampa, then to Bartow, always chasing work. At age 15, Dixon started caddying at the Bartow Golf Course. Soon, the untaught Dixon found himself playing the game himself – but only on Mondays, the one day of the week caddies could take to the course.

In his own words, that first time was pretty pathetic. 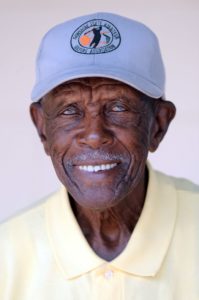 But Dixon had always been a good student. The young man who would go on to be valedictorian of Union Academy well before integration studied the swings and the putts of the men whose clubs he carried. Without a lesson, he and his friend Ricky Lewis put all their energy into golf. For Dixon, becoming not just a good golfer but a great one was an all-consuming passion.

It was a passion however, that couldn’t pay the bills. Between tournaments, Dixon was either working in a mine or picking fruit.

It was by picking fruit that Dixon afforded to take part in the 1951 tournament that would define his career.

The tale of the 1951 Jacksonville professional tournament reads like a movie script. Dixon, the relatively unknown golfer toiling away who had to pick fruit to pay for his entry fees finds himself going stroke-for-stroke with one of the greatest black golfers at the time, Charlie Sifford, in part thanks to the extra motivation of a simple insult.

“First thing he said when he saw me was ‘Who is that shrimp,’” said Dixon. “That shrimp shot a 68 the first day.”

And on the last day, playing against him, it was that shrimp who shot a 69 and won the National Negro Open.

“You could say that pretty much made my day,” said Dixon. “Ever since that day I’ve known that I play this game pretty well.”

It was about this time that Dixon’s golf game caught the eye of a local dentist.

“Dr. Bush became my sponsor,” said Dixon. “I taught him how to play golf and we traveled from event to event. Atlanta, Jacksonville, Miami – all around.”

Dixon was a regular on the United Golf Association Tour throughout the 50s, traveling from major city to major city in a black golf circuit that lasted until the PGA integrated in the early 1960s. During that time, he won more than 50 tournaments, an accomplishment celebrated by his induction into both the African American Golfers Hall of Fame as well as the National Black Golf Hall of Fame.

But as the years wore on, Dixon found himself in need of steady employment. He worked as a long-distance semi-truck driver for years, retired, then went to work again.

“Now, I go to work on the golf course,” said Dixon.

But at least once a year, that work is for others, as Dixon lent his name to a golf tournament that has raised thousands to help others do what he, at their age, couldn’t image. The Herbert Dixon Charity Golf Tournament, sponsored by the Bartow Deacons and Stewards Alliance, has been held at the Bartow Golf Course since 20XX.

“I was the valedictorian of my high school and college wasn’t even a possibility,” said Dixon. “That is the purpose of the tournament. To help young men and women achieve what I couldn’t, to have an opportunity. I want to help them be somebody.”