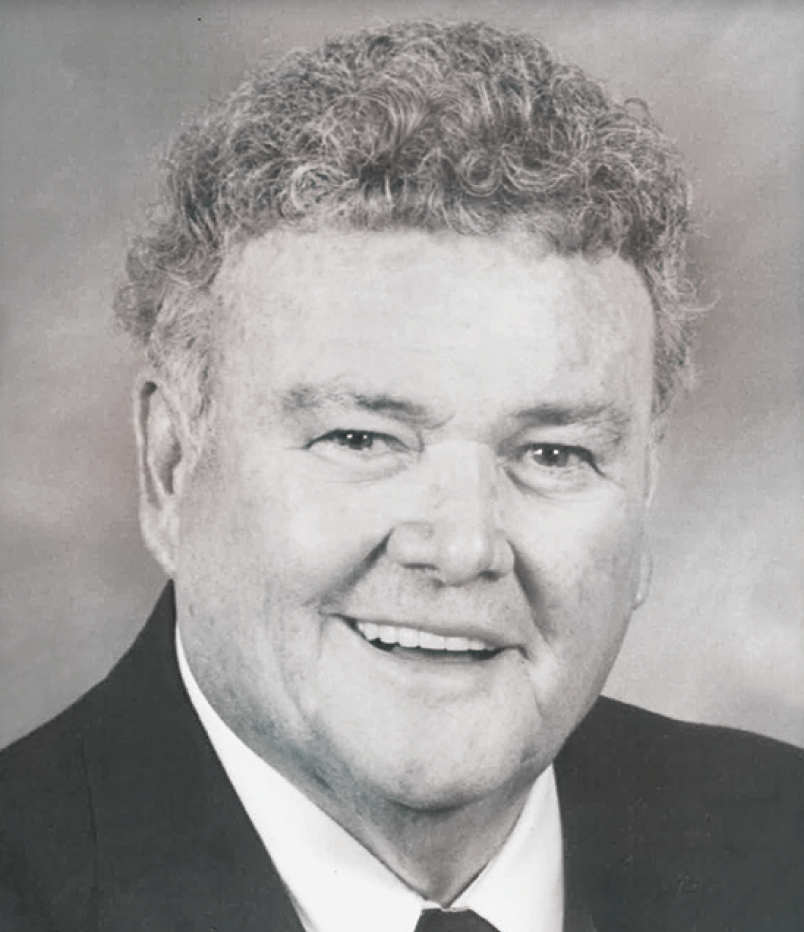 Frank Decker’s name should be synonymous with the Detroit Tigers being in Lakeland. He was the man who built the spring training facility for the Tigers – and had it named after his friend, Joker Marchant – was one part of a triumphant trifecta that, through guile, hard work and handshakes, helped to keep the Tigers in Lakeland.

Born in White Plains, New York, Decker served in the U.S. Marine Corps during World War II. Prior to war, Decker attended Duke University and played for their baseball team. Following his service, he continued his baseball career in the minor leagues, before finally landing himself in Lakeland at Florida Southern College. He graduated in 1950.

Decker’s construction career began with J.L. Ewell Engineering and Construction, but soon he struck out on his own. Frank C. Decker Construction would grow to be a major builder in the Southeast. Locally, he built the James Wellman Cancer Treatment Center and the original Joker Marchant Stadium, known by many at the time as “The House That Frank Built.”

But Decker is better remembered for the relationships he built that helped baseball thrive in Polk County. His relationship with Jim Campbell, Detroit’s general manager and president, helped bridge the 155-month gap between the creation of Tigertown in 1952 to the opening of the stadium in 1966.

Decker took over the minor league Lakeland Tigers in 1972. He could often be found working behind the scenes.