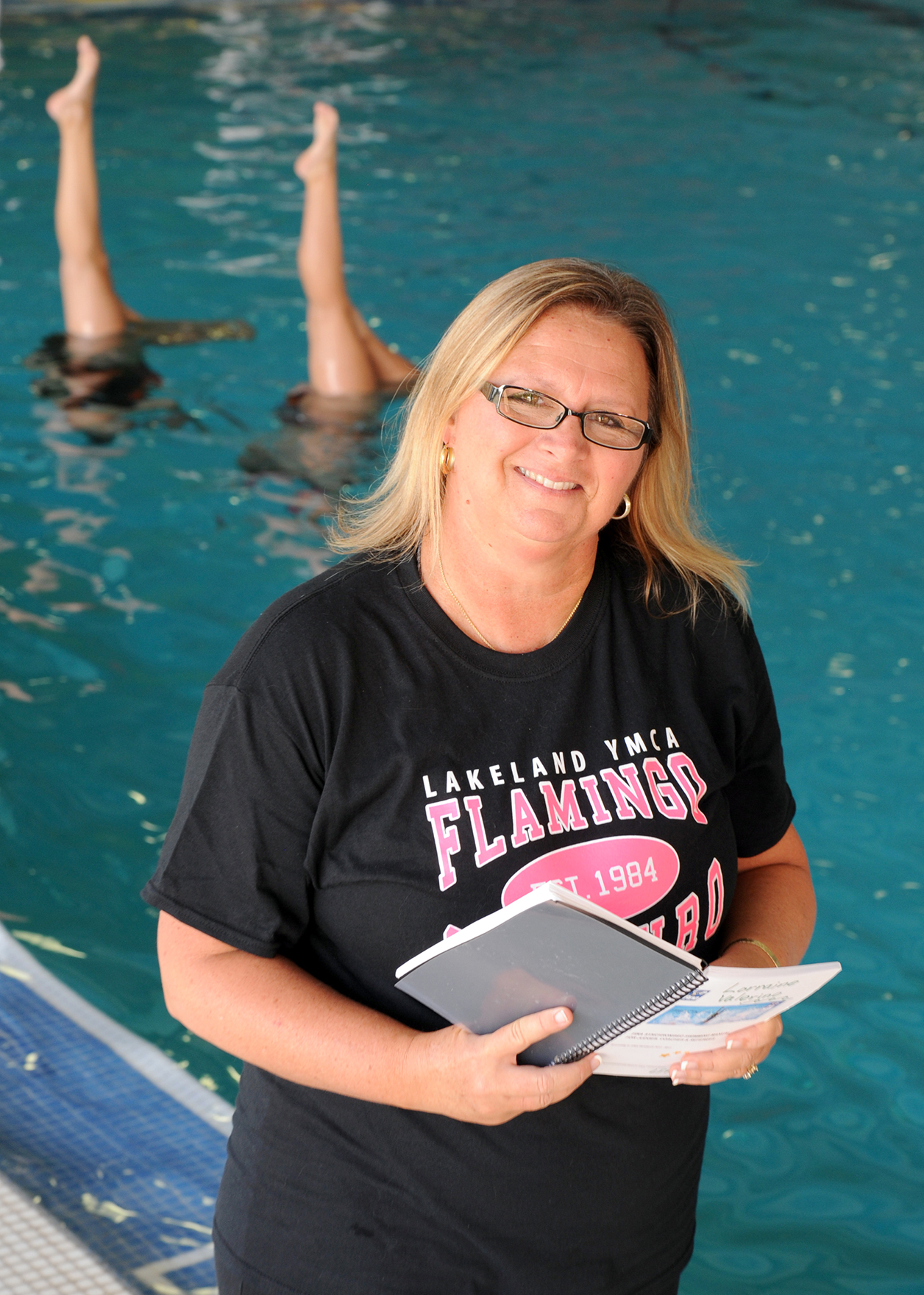 The shimmering lakeside of Winter Haven’s Lake Silver in the early 1960s is where a young Lorraine Bloeth Valerino, the daughter of Betty and John Bloeth, first fell in love with aquatics. Gail Renardson, a Winter Haven native, was teaching youngsters swimming lessons in local lakes.  About that time, she also started the Winter Haven White Dolphins Synchronized Swim Club and Valerino joined in June 1969.

She enjoyed winning state titles as a Winter Haven White Dolphin from 1969-1978 when she left Winter Haven to major in Journalism at Troy (Ala.) University where she began a synchro swim program that was added as a P.E. credit.

Following the 1984 Los Angeles Summer Olympic Games and the debut of synchronized swimming as an Olympic sport, Valerino began the Lakeland YMCA Flamingo Synchronized Swim Team. Over the years, the developmental Junior Olympic club has enjoyed local, state, South Zone and even national success. In addition, Flamingo alumni have continued their synchro careers as collegiate athletes and coaches.

Valerino is also a South Zone-certified judge, has served as a member of a number of U.S. Synchro Swimming committees and is a multiple gold-medal U.S. Masters Synchro champion – winning silver medals in solo and duet events at the 1989 Worlds Masters Games in Arhus, Denmark. She has been honored as the 1995 U.S. Synchro Swimming Developmental Coach of the Year and as the 2009 U.S. Synchro South Zone Coach of the Year. In addition, she worked as the synchronized swimming press information officer for the 1996 Atlanta Summer Olympic Games.