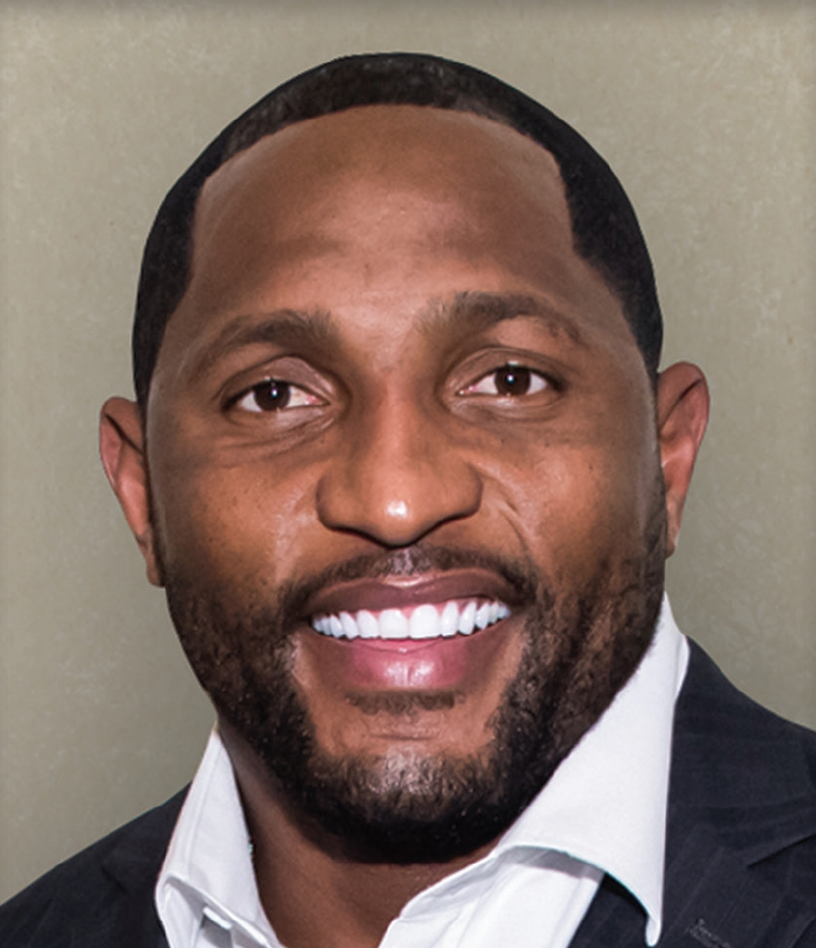 The Ravens’ career leader in tackles and fumble recoveries, Lewis is the only player in NFL history with at least 40 career sacks and 30 interceptions. Lewis’s 13 Pro Bowl selections are the fifth-most by any player, and the most by a linebacker.

Lewis is also one of only six players to earn the AP Defensive Player of the Year Award multiple times (2000 and 2003). Named to the 2000s All-Decade Team, Lewis was the 26th pick overall in the 1996 NFL Draft.

At Kathleen High School, Lewis was a standout wrestler and football player and he led his teams to state and city titles in those sports. Lewis went on to play for the University of Miami. During his junior year, Lewis was runner-up for the Butkus Award as the nation’s best linebacker.

Lewis is involved in charitable activities, motivational speaking and mentoring. In 2010, a portion of Baltimore’s North Avenue was renamed “Ray Lewis Way” in honor of his work. Similar honors include a 2006 JB Award (named for broadcaster James Brown) and an “Act of Kindness” Award for his community work. Today, Lewis devotes his time to being a father, businessman and community activist.