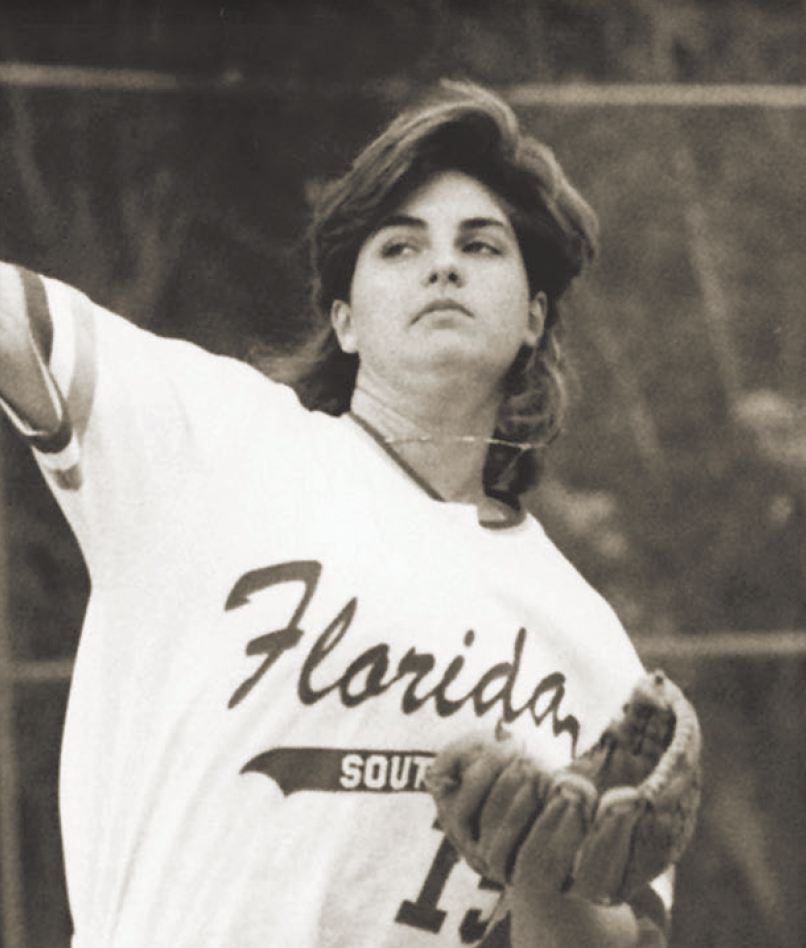 A versatile player, Robinson excelled at numerous positions on the softball diamond. Robinson earned All-America honors at first base and as a utility player and was a two-time honoree as shortstop. She hit over .400 three times, including .453 as a sophomore, .444 as a junior and .419 as a senior. Kellie received numerous awards during her time at Florida Southern, including being named the 1991-92 Sunshine State Conference Female Athlete-of-the-Year. Robinson was also named to the All-South Region team and the All-SSC team four times, and was player-of-the-year in the conference once. As a senior she led Florida Southern in nine different individual statistical categories.

In addition to a .406 career batting average, this former professional player for the Tampa Bay Firestix holds two career records at Florida Southern (games played at 200 and official at bats at 651), and is in the Top Five for single season and career records in 15 different categories. An Academic All-American as well, Robinson was inducted as a member of the Sunshine State Conference Hall of Fame in 1999 and the Florida Southern Athletic Hall of Fame in 2002.