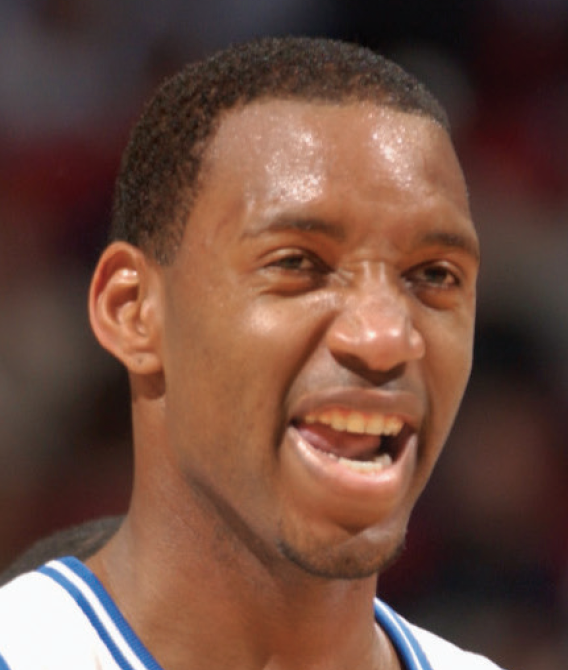 Tracy McGrady was born in Bartow and played baseball and basketball at Auburndale High School in his freshman, sophomore and junior years. In his senior year of high school McGrady transferred to the Mount Zion Christian Academy in Durham, NC. In that senior season McGrady was named the High School Player of the Year by USA Today and showcased his talents against the top high school players in the nation at the Adidas ABCD Camp.

McGrady was drafted straight out of high school by the Toronto Raptors in the first round of the 1997 NBA draft and was the 9th pick overall. During his stellar NBA career McGrady was named to seven NBA All-Star teams from 2001 through 2007, and was a seven-time All-NBA selection and a two-time NBA scoring champion in 2003 and 2004. During his NBA career Tracy played for the Toronto Raptors, Orlando Magic, Houston Rockets, New York Knicks, Detroit Pistons, Atlanta Hawks and San Antonio Spurs. During his 15-year NBA career McGrady scored 19,490 points and averaged 19.6 points per game during the regular season and 22.2 points per game in the playoffs. He also collected 5,562 rebounds (5.6 rebounds per game) and 4,161 assists (4.4 assists per game).

In 2013, McGrady announced his retirement from the NBA but he has continued to give back to the community and support a number of charity organizations. The Tracy and CleRenda McGrady Foundation has built 12 sister schools in Darfur, Africa in addition to supporting various programs over the years that enhance the lives of children and enrich their learning process. Over the last decade the foundation has contributed to hundreds of various children’s charities. Here in Polk County, McGrady’s foundation has offered strong support for Auburndale High School athletic and educational programs and supports countless Auburndale youth athletic leagues.