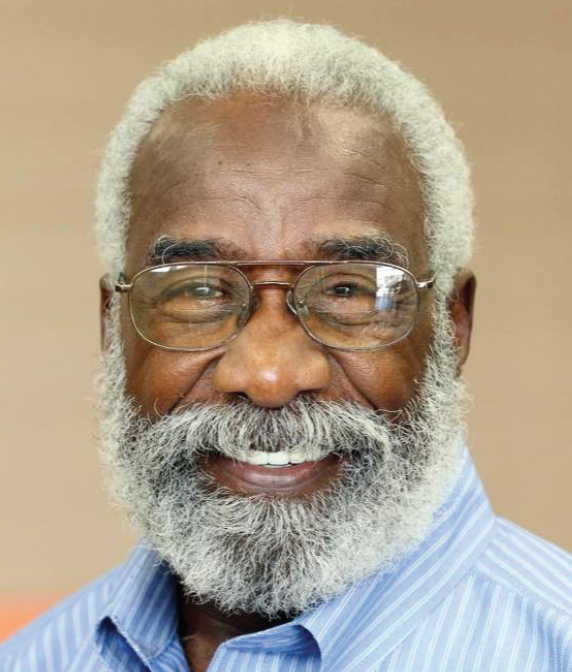 Collins Smith’s passion for sports began as a high school student where he was a standout athlete in football, basketball and track. Upon graduation from Union Academy in Bartow he continued his athletic career by attending Bethune-Cookman University on a football scholarship.

Collins Smith began his 35-year career as an educator and coach upon his graduation in 1967 from Bethune- Cookman with a degree in Physical Education. He started his career as a teacher and coach at Haines City High School but most Polk County sports enthusiasts remember him as the fiery coach of the Mulberry High School basketball team.

Smith was a teacher and coach at Mulberry High School from 1970 to 2003 leading the Panthers basketball, football and track teams. Under his leadership the Panthers recorded one season where they only lost one game and he was recognized by The Ledger twice as their Coach of the Year. Mulberry High School honored Collins as their Teacher of the Year, and in 2014 he received the Distinguished Alumni Award from Bethune-Cookman University.

In retirement, Collins Smith has honed his passion for giving back to the community through his involvement in several community groups and city leadership positions, including serving as a City Commissioner for the City of Mulberry and on the Mulberry Community Service Board. Collins is the Chairperson of the Mulberry Christmas Parade, president of the Polk County Chapter of the Bethune-Cookman University Alumni Association, vice president of the Ridge League of Cities, president of the JRE Lee Alumni Association and Mulberry High School Athletic Booster Club. Collins Smith continues to be active as a member of the Kiwanis Club of Mulberry, the Polk County Transportation Authority and Mulberry Concerned Citizens. Collins is also the Sunday School Superintendent and Deacon for the Jerusalem Missionary Baptist Church.