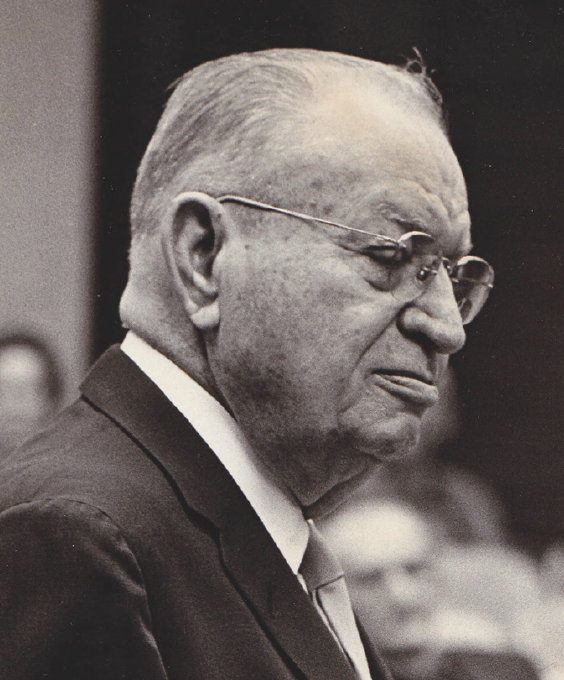 Thomas William Bryant was born in Socrum in 1890 and his family moved first to Kathleen, then to Lakeland so that Thomas and his younger siblings could attend Lakeland High School. It was there that Bryant founded the high school’s football team, the Lakeland Dreadnaughts, in 1907. Bryant played in the school’s first football game against Bartow, that same year.

Graduating from the University of Florida in 1915, Bryant was admitted to the bar the same year, and at once began practicing law in Lakeland. Soon Thomas Bryant had built an extensive practice in the area and was known for a thorough knowledge of the law and his industrious work ethic in the interest of his clients. Thomas served as the attorney for the First National Bank of Lakeland, and in 1922 was nominated for the Florida State Legislature.

Thomas W. Bryant served three successive terms in the Florida Legislature in the 1920s, and three terms on the Board of Control—the predecessor to the Board of Regents—from 1936 to 1949. While in the legislature, Bryant supported construction of Alligator Alley, and he was influential in bringing street lights to downtown Lakeland. Bryant also supported passing bond issues for Lakeland’s light and water service, the purchase of land near Lake Morton for a library and the opening of the Lake Mirror Complex.

Thomas Bryant Stadium in Lakeland was dedicated in 1941 in recognition for his support of Lakeland High School football. Much of the growth and development of the University of Florida can also be traced to his advocacy. The Thomas W. Bryant Space Science Research Building was dedicated in 1968. In 1987 he received the George Jenkins Award for public service from the Lakeland Chamber of Commerce.