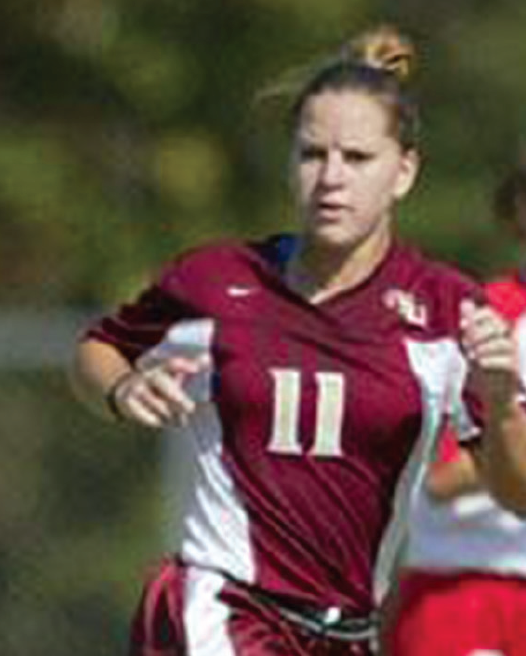 Cindy Schofield went on to play for the Florida State Seminoles from 1999-2002 and became the first two-time all-Atlantic Coast Conference selection in Florida State history. While at Florida State she set more than 31 school records, including the records for All-time points (102), All-time goals (40), All-time game-winning goals (11), All-time assists (22), All-time shots (207) and All-time shots on goal (111). Cindy Schofield was the first Seminole to ever record 100 points in a career, score 40 goals and take 200 shots. During her college career Cindy was recognized as the Polk County Collegiate Athlete of the Year (2003) and was a two-time All-American.

Cindy Schofield has been head coach of Tampa Prep’s high school soccer program since 2009, compiling a record of 64-17-9, winning district championships in each season and leading Tampa Prep to the Class 2A state runner-up (2010), the state semifinals (2011) and the regional finals (2012). In addition to coaching Tampa Prep, Cindy is the co-founder and codirector of Elite Soccer Performance, Inc., the manager of the United Soccer League’s Super Y League and Olympic Development Programs, and is a coach for the Florida Youth Soccer Association’s Olympic Development Program.

On September 13 Cindy will become the first soccer player inducted into the Florida State University Athletics Hall of Fame.