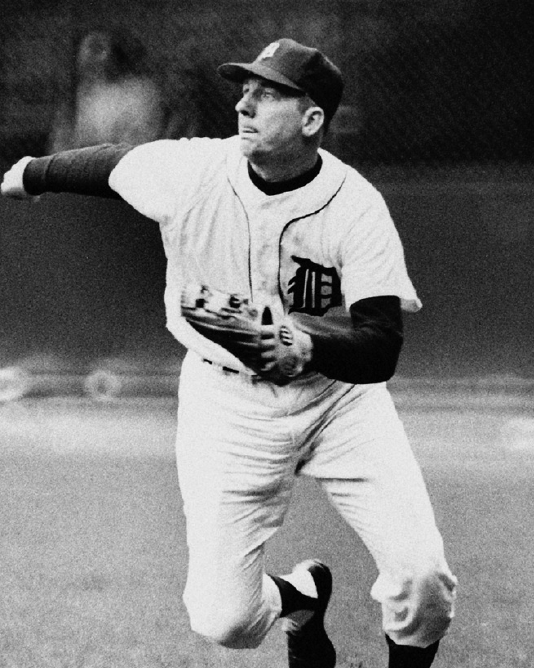 When looking over Al Kaline’s long and storied career it is no wonder his nickname is “Mr. Tiger,” as he has been a part of the Detroit Tigers franchise for over 60 years.

Al Kaline began his playing career with the Detroit Tigers in 1953 and remained with the Tigers until 1974. While playing for the Tigers Al Kaline played his Spring Training games at the historic Henley Field and Joker Marchant Stadium. During his career he played 2,834 games with the Detroit Tigers, recorded 3,007 hits and a lifetime batting average of .297. He was voted to the All-Star team 18 times (1955-1967, 1971 and 1974) and was a 10-time Gold Glove winner. During his career Al won the 1955 American League batting title, the Lou Gehrig Award (1968), the Hutch Award (1969), the Roberto Clemente Award (1973) and was a member of the 1968 World Series Champion Detroit Tigers team. In 1980 Al Kaline was inducted to the Baseball Hall of Fame in Cooperstown, NY and was honored by the Detroit Tigers by retiring his number (#6) on August 17, 1980.

After his retirement from baseball in 1974 Al Kaline served as a color commentator on television broadcasts of Detroit Tigers games from 1975 to 2002 and also serves as Special Assistant to Tigers President/CEO/General Manager Dave Dombrowski. Al Kaline continues his strong community involvement in Detroit and here as a resident of Polk County by participating in numerous charity events, participating in autograph signings and first-pitch ceremonies and actively coaching and mentoring players each year during Spring Training.