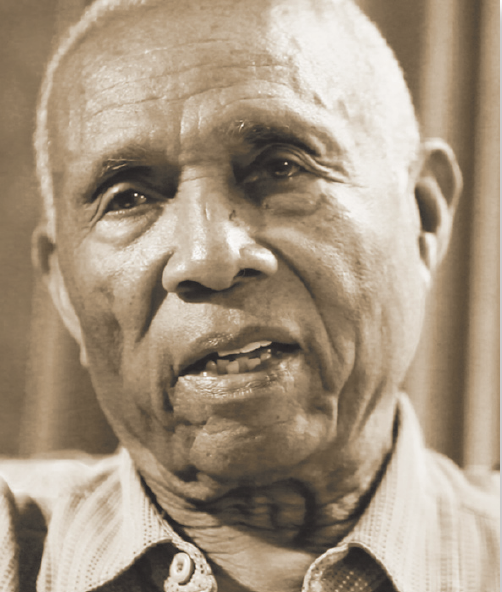 For more than six decades, J.J. Corbett has made a significant impact on our community through service in education and athletics. After graduating from Union Academy in Bartow as a letterman in both football and basketball, Corbett attended Bethune-Cookman College and played football, where he earned All-Conference status as a guard.

While attending Bethune-Cookman, Corbett was drafted into the United States Army, serving as a member of the first black paratrooper unit. After World War II, Corbett returned to college football, first at Army and later at North Carolina A&T, while pursuing a degree in mathematics.

In 1950, Corbett returned home to Bartow and Union Academy to teach math, also beginning a 30-year career in coaching. Starting as an assistant coach, Corbett eventually assumed head coaching duties for the track & field team in 1967. His teams captured back-to-back state championships in 1968 and 1969, and he was recognized as Class B Florida Track Coach of the Year both years.

In the 1969-70 school year, Corbett moved to Bartow High School, where he served as an assistant football coach, becoming head coach of district champion cross country and state champion track & field teams in 1977. He organized the Bartow Invitational Track Meet from 1971-1980, an event now named in his honor. Corbett retired from teaching and coaching in 1980.

Corbett remained involved with athletics and the community after retirement, serving as a track & field official for 14 years and occupying a seat on Polk County’s School Board. He was a board member for Big Brothers/Big Sisters and Goodwill of Polk County, chairman of United Way of Central Florida, and recipient of the first Bartow American Legend Award and Rotary Community Service Award. Corbett is also a member of the Florida High School Athletic Association (FHSAA) Hall of Fame.